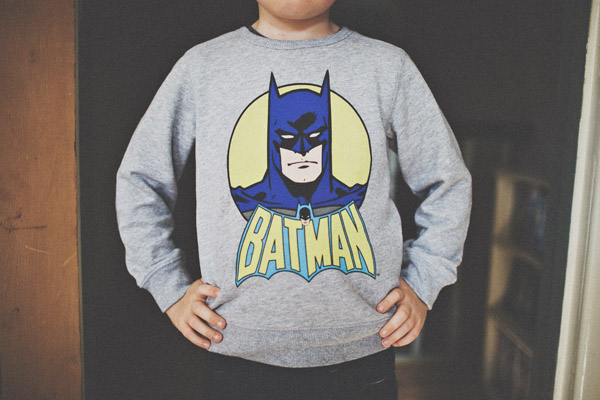 This is the road next to my house – these lovely old cobbles have been covered in tarmac but here and there they still peep through. I love the thought of all the different layers of life and history hiding under the surface of things we see every day.

It was off to the fantastic Yorkshire Sculpture Park today for an engagement shoot with Alice and David who are getting married in Devon in a couple of weeks’ time. I thought this installation by Jaume Plensa was brilliant – a huge metal sculpture of a man made from hundreds of different letters and characters.

Now that Autumn’s drawing near it’s lovely to still see these beautiful splashes of colour in the trees.

Sally and Michael got married today in Manchester and I couldn’t get over how much Sally looked like a beautiful 50s Hollywood starlet.

I got a new dress while I was away in Edinburgh and plan to wear it to tomorrow’s wedding, so got it out of the wardrobe this evening ready for the morning. I never usually wear dresses, but this one is covered in cowboys and is possibly one of the coolest things I’ve ever seen.

When the sun shines through my dining room window, it passes through the vases on top of the piano and throws these amazing, textured, colourful shadows onto the wall.

Back home to Manchester today after a wonderful few days at the Fringe. It’s great to get the train instead of driving – for work I spend huge amounts of time driving long distances in the car so it’s a real treat to be able to switch off and read a book instead while someone else transports you home. As I could see by the reflection of the passengers in the overhead luggage rack, everyone else seemed to have switched off too.

Over the last few days mum and I have been taking Joe to lots of different performances at the Fringe (some amazing, some alright, and one or two absolute crap!) and we’ve all been having a whale of a time. This morning we went to Mirazozo, a massive inflatable art installation, created by the Architects of Air. It’s absolutely amazing! It’s enormous, with lots of different chambers and corridors, and is all illuminated by natural light shining through the seam lines of the material. You can wander around inside it for ages and it’s strangely peaceful and really atmospheric. Joe would have stayed in there all week if I’d let him. This is him leaning against one of the walls.

Today I bought this phone from a cute little shop in Edinburgh. I am now officially the owner of the World’s Coolest Phone.

This was probably the most terrifying moment of my life. Today I took Joe up to Edinburgh on the train to go to the Fringe Festival and meet up with my lovely mum who lives in Scotland. We had been watching these amazing street performers for half an hour or so, who had amongst other things been juggling with massive knives, when they suddenly asked for a volunteer from the audience to come and have knives thrown past them. Joe immediately thrust his hand up, telling me he really wanted to do it, and in a flash they had picked him and he was in the middle of them. Despite reassurances from the performers, me having already seen how amazingly skilled they were, and Joe assuring me he wouldn’t move a muscle, my heart was doing somersaults and it was all I could do not to rush over and drag him out. But he stood there completely still as they threw six knives back and forward past him for what felt like about a year but which was probably about 5 seconds. I’ve never seen Joe as exhilarated as he was afterwards and I’m so incredibly proud of my gutsy and adventurous little boy. I couldn’t at all bring myself to take photographs while it was actually happening as my eyes were glued to him and my hands were shaking, but I managed to grab this one just before they started.

I bought Joe a load of new clothes today as he seems to have undergone a massive growth spurt recently and hardly any of his clothes fit him. This was my favourite purchase of the day. If there had been one of these in my size, I would also own one.

Laura and Greg had Space Hopper races at their wedding today. Personally I think all weddings should have them.

Today’s wedding was lots of fun.

Today I did an engagement shoot in Chester and paid a small fortune to park in this.

Today’s editing, emails and general sitting in front of a computer screen were punctuated by a very enjoyable lunch break – I was lucky enough to be made a lovely lunch of chunky white buttered bread, salmon & mushroom pasta, pork pie, beetroot, quiche, mexican chilli cheese and chorizo which, thanks to this glorious summer we’re having, I got to eat lounging outside on the grass. Bliss.

I bought this beautiful string of lights some months ago from Yorkshire Sculpture Park and love them like crazy. However, a fuse has gone in one of them and so none of them will work. I’m so reluctant to start the painstaking task of removing the ball and testing the light inside on every single one of the things that they currently remain basically just a pile of balls. I need to sort this out.

It’s so hard to maintain a good work/life balance when you have your own business, particularly when it’s doing something you love. It’s wonderful to throw yourself headlong into it, but I’m learning it’s so important to make sure you keep coming out to breathe in the world outside it.

Today I spent a happy hour or so with Joe making pictures with chalk pastels. He absolutely loves using them, I think mainly because half the fun is smearing and smudging the chalks with your hands and getting completely filthy. I love how the chalk dust mixes together up in brightly coloured piles and streaks on the table – it always seems such a shame to wipe it off so I just leave it on the table for a few hours until the table’s needed for something else.

The pond in the park near me is full of muddy sludge at the moment, not the most picturesque spot in the world. When I went past it today, someone had torn up some flowers and thrown the petals into it. I wouldn’t normally encourage shredding beautiful flowers, but I loved how brightly they stood out in the dark mud.

Today I received this wonderful present through the post from my beautiful friend Joanna. The tag on the present read, “I bet this is the weirdest birthday present you have ever had,” and she wasn’t wrong. Of all the things I was expecting to receive through the post, a knitted meal was not one of them. This is, however, one of the many reasons I love Joanna to bits.

A garden gate round the corner from me. No doubt about it, I would be very wary of going in there.

A mad rush to the post office today to send off my grandma’s birthday present in time. When Elizabeth stops being queen, will they have to replace all the letterboxes?

Jenna and Ryan got married today at the Crab and Lobster pub in Dishforth, North Yorkshire. I’d never been before but will definitely go again. It’s amazing!!! Aside from the incredible food and drink (it’s Michelin recommended and multi-prize winning, and this is well deserved) it has the most incredible interior I’ve ever seen. It’s full to the brim of miscellaneous bric-a-brac and curios, standing on the floor, all over the walls and suspended from all ceilings. It’s not many couples can say they ate their wedding breakfast with a skeleton in a jockey’s hat and goggles sat in a vintage wicker wheelchair suspended above them.

I spent a lovely afternoon today walking in Chorlton Water Park with the dog before eating a Sunday roast (well, a Sunday pie in my case) in the pub. Most of the birds on the overhead wires flew off when I got near them but this little one was braver than the rest.

Today I shot Aimee and Andrew’s wedding near Macclesfield. It was in the middle of absolutely gorgeous countryside, and as I was leaving at the end of the day, this beautiful mist descended on all the fields.

I find phone boxes quite interesting. With the ubiquity of mobile phones they seem to have become largely redundant, but for some reason they always seem to me like little (foul smelling) hubs of potential excitement, impropriety and foreboding. I guess it’s because they make me think of trips abroad, eerie faceless callers in action films, furtive and untraceable communication, illicit activity, sleazy and secret phone calls, intoxicating long-distance overseas calls…..I just find it quite amazing how much scandalous and curious activity each phone box has probably borne witness to.

This is currently the view from lying down in my bed. Depressing. I haven’t decorated my bedroom at all since moving in just before Christmas and am so desperate to get stuck in. With wedding season hitting with full force I have barely had time to breathe let alone decorate so it will have to wait until the autumn. Have already nerdily started scrapbooking ideas for my bedroom (in my head I am a prolific interior designer).

Today I spent the day recovering from an evil hangover. My birthday night was HEAPS of fun but very messy and very late, so I really paid for it today. Late afternoon I ventured out to get a huge kebab and took this picture on my iphone in the street next to our hotel. The kebab did the trick (along with a little hair of the dog) to perk me up enough to head off to the Love My Dress party, which was great. Annabel had really pulled out all the stops and done an incredible job of throwing a party to remember, made all the nicer by the fact that my lovely friends Emma and Pete turned up as a last minute surprise!

Today was my birthday and this lovely lady made it extra special. I travelled up to Newcastle for a couple of days away with my bloke (and a visit to the Love My Dress soiree) and stopped off in Yorkshire to do an engagement shoot with Jenna and Ryan. I’d been chatting to Jenna for ages via email but we’d never actually met, and I got one of the warmest welcomes I’ve ever had from Jenna and her mum Jean, full of hugs, smiles…. and a birthday cake and fresh raspberries! Like Jenna said herself, it felt like we were already friends and I definitely hope we stay in touch after the wedding as she’s just such a lovely person. And as you can see from this picture, she also happens to be a complete stunner – look at those eyes!!!

For ages I’ve been meaning to use my cellar for some photography but have never got round to it. I’m completely behind on my self-portrait project so I think I’m going to use it for some new portraits next week.