Calling all book and film nerds… 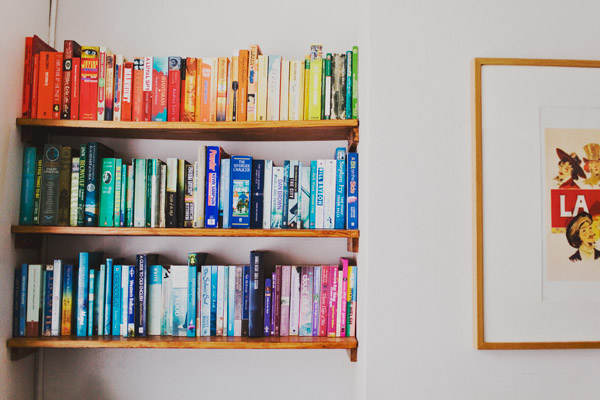 First up, I need to warn you that this blog post has absolutely zilch to do with photography. Yes, this is a photography blog, but it’s also somewhere I get to share things that are important to me, and I thought I’d kick off the year with two things that are exactly that…. BOOKS AND FILMS!!!

So 2011 is upon us and my thoughts turned to what will be new for me this year. It’s never long before my thoughts turn to books, as besides people and cameras they are pretty much my favourite thing in the world. Before being a photographer, I studied English Literature and then taught it in secondary school, and although I no longer teach, literature is still an enormous and very important part of my life. My mum is an even bigger book obsessive than I am, and a love of reading is something that has always been a big thing in our family, and I’m so grateful to her for helping me to love it too. Thankfully Joe is also already head over heels with reading books, and it’s one of our favourite things to do together, so I hope I’ve managed to do for him what my mum did for me.

I’ve always bought and read books compulsively, but a year or two ago I made the very hard decision to…. lord forbid (it was a difficult day)… stop buying them! There were (and still are) piles upon piles of books in the house and I was running out of space to store them all. Realising that there were loads I hadn’t yet read, I promised myself I wouldn’t buy another book until I’d read every single book I own. It’s taken almost two years to do this but finally I’m nearly there and will be able to get my mitts on some lovely new books! The end is in sight and good lord Amazon you’re about to wonder what hit you.

The problem is, where do I start? So many books to choose from! So I decided to ask around my friends and twitter buddies for their recommendations. I know there are plenty of websites with critics’ favourites on them which are really useful, but I think there’s nothing like getting personal recommendations from people you know and like. Although not quite to the same degree as my love affair with books, I also really love watching films and my LoveFilm list needed updating so I thought I’d ask for film recommendations while I was at it. Loads of people kindly chipped in, which was wonderful, and lots of people asked if I wouldn’t mind sending the list to them once it was complete… hence writing this blog post to share it with you all! Since lots of people helped me out by suggesting their own favourites, I thought it was only fair to share my own back too, so I’ve started off with my own favourite books and films, then afterwards I’ve listed all the other titles people sent me. Quite a few people included TV series as well as films, so I’ve added a list of these too at the bottom. Since I love making lists almost as much as I love reading books this little project has been an absolute geeky pleasure.

So, first up, here are my own recommendations, the books and films I personally have loved the most. Many of them are quite old classics that most people have probably already read or seen, but I enjoyed them so much I couldn’t leave them out!

FILMS (am aware I’ve got quite blokey taste in films, sorry ladies if they’re a bit one-sided!)

And now for other books and films that my friends, family and twitter buddies have kindly recommended as their favourites. I’ve read/seen a fair few of them, but am really looking forward to working my way through them as there are loads below that I haven’t got round to tackling yet, and a fair few I’d not heard of at all, so thank you so much for taking the time to send these over, what a treat!

So there we are! Hopefully lots of fodder for future book/film/TV enjoyment for you all, I know there definitely is for me. Thanks so much to everyone who took the time to send me their recommendations, and if you are reading this and want to add any of your own then please do add them in to the comments section below, the more the better!

Right I’m off for a cuppa and a good read of my book on the sofa (incidentally ‘Stuart: a life backwards’ – very good so far!), aaaahhhh bliss……. Happy new year everyone!

“A room without books is like a body without a soul” – Cicero
“There is no mistaking a real book when one meets it. It is like falling in love.” – Christopher Morley