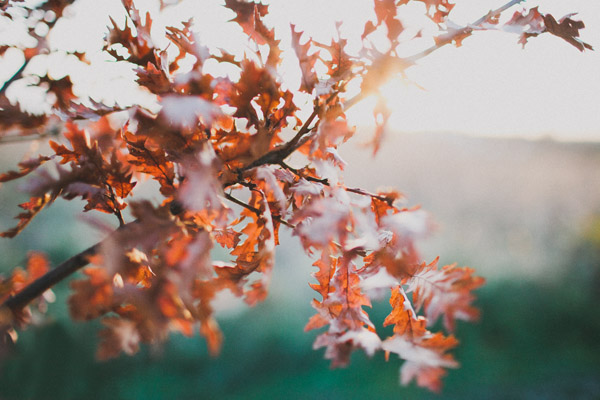 Phew! End of a manic year and end of a mammoth project. It’s all been amazing but I’m really looking forward now to seeing what’s in store through next year’s doorway.

This game of Joe’s has been played non-stop over Christmas – it’s a kids’ game but is absolutely brilliant and loads of fun for adults too. I really love the illustrations.

I photographed a wedding today in Harrogate and this band, Mad Dog and the Sophistcats, kept me and the guests highly entertained all day. A brilliant live jazz band with the most charismatic front man I’ve seen for ages.

Joe and I were both ill today, but the blow was softened by the arrival of my beautiful new lampshade which I ordered before Christmas.

On Christmas afternoon I drove to Anglesey and on boxing day afternoon went for a lovely walk along the beach and down this crazy rocky corridor.

Joe definitely got the most awesome present today in the shape of this microscope from my dad. Dad used to be a doctor before retiring and gets very excited about things like this – as he gave it to Joe he said with a massive grin on his face, “After breakfast I’ll prick my finger so we can have a look at some blood!”

My favourite part of Christmas Eve is getting Joe ready for bed, putting out the mince pie, carrot and wine for Father Christmas and his reindeer, having a look out of the window to see if we can see him in the night sky and tucking him up snug in bed all excited. This Christmas eve he slept with this moon lamp of my dad’s and the room felt even more magical than usual.

My step-grandparents’ dog Gemma. I love it when dogs lie down like this with their legs sticking out behind them, never cease to find it amusing.

Today I travelled down to my dad’s house for Christmas and was greeted by these lovely fairy lights on arrival.

Love this grass in a field round the corner from me, so delicate.

I’ve finally got round to putting up the 365 pictures of Joe along with older family pictures. Love this wall.

Freddie managed to lose his collar in the meadows a couple of weeks ago so I ordered him a lovely new one in time for Christmas. It arrived this morning and I love it! It’s a handmade martingale from Cas Collars, check them out!

Lots of frost today, just enough for some sledging.

Today was a family get together and the kids were given a brilliant gingerbread decorating kit to play with. There were gingerbread men and Christmas trees, but also these amazing houses to put together and decorate. I think the adults had just as much fun as the kids decorating them, I know I did. Here is Evie proudly displaying her gingerbread house and man.

Today I visited my dad down near Birmingham and my sister popped over with her gorgeous six month old miniature daschund Snoop. It was the first time her and Freddie had met so there was a lot of curious sniffing going on. They looked absolutely hilarious next to each other.

Unfortunately for logistical reasons I won’t get to see my beautiful mum at Christmas this year. She lives in Scotland so today we arranged to meet halfway in the Lake District for some lunch and to exchange Christmas presents. I’m completely in love with her jumper! It was so wonderful to see her as always, I absoutely adore her.

Tonight some friends came round for dinner so I made these puddings for everyone – white chocolate and lemon on top, with dark chocolate and raspberry lurking underneath. A great evening with lovely people.

This afternoon I took Freddie for a walk in Urmston Meadows. It was after 3pm so the sun was really low in the sky and today it was such bright and warm light for this time of year. The colour of the leaves lit up by the hazy sun was just beautiful.

Today I did a baby shoot with gorgeous little Amelie.

Joe had one of the best weekends he’s had for ages with Grace and Evie, splashing in the sea, running on the beach, digging in the sand, painting, exploring…. yet when it came to say goodbye he resolutely refused to give the girls a kiss, despite their best efforts. I could see in his face that he really wanted to, but being a boy he felt compelled to say that girls’ kisses are revolting. As soon as we got in the car he admitted that he wanted to really. Silly boys.

This weekend we went to beautiful Anglesey. We had a wonderful time wrapping up warm and going for lovely long walks around the Inland Sea and along the coast. The kids absolutely loved it, ferreting around in the bushes, sand and sea for little treasures and making up huge adventures.

Last night Adam came round to my house armed with a pair of clippers, telling me he wanted a change and for me to shave all his hair off. I’ve shaved a few heads before, but always friends who already had skinheads and just needed a trim, so it was loads of fun chopping off longer hair for the first time. His hair was too long for the clippers to work at first so I spent fifteen minutes hacking away at it with a pair of scissors until it was short enough to shave (and he looked like some kind of demented hillbilly). Undeterred, (and not letting him near a mirror at this point) I got shaving and think in the end I did a pretty good job! Took about ten times longer than it should, but no patches, no tufts, no straggly bits around the ears.

Tonight my friend Michelle and her gorgeous little 2 year old Olly came over for a cup of tea. Olly wanted to drink his tea in a proper mug on the sofa like a big boy so he sat on my couch, one sock on, one sock off, noisily slurping away at his tea out of my grandmother’s mug that she had when she was a little girl. I love this lad.

Miserable weather again today in Manchester. This afternoon (yes this picture was taken at 4.30pm!) Joe and I took Freddie for a walk in the rain. Not many redeeming features to this sludgy walk other than the orange light of the streetlamps reflected on the pavement.

Bloomin’ freezing today – I’m having to work with fingerless mittens on in the house! Weirdly whenever I type wearing these mittens I seem to activate foreign alphabet letters by accident every 30 seconds or so. Strange but true.

The first day of proper frost and hailstones in Manchester today.

Today Joe and I chose, bought and decorated the Christmas tree! One of my favourite days of the year by far.

Tonight we went to see my friends Ben and Mary for some mulled wine and cheese (both DELICIOUS!) A month ago they had their first child, their beautiful daughter Ella. I fully intended to take a picture of Ella for today’s 365 but when I got there, the thing that grabbed me the most was the way that Ben looks at her when he’s holding her – pure adoration and amazement. A lovely evening with great friends and some extremely enjoyable cuddles with the gorgeous Ella!

Anyone who knows me knows that I have an obsession with oversized rings, and today I bought myself a beauty! My first 2-finger ring, I absolutely love it!