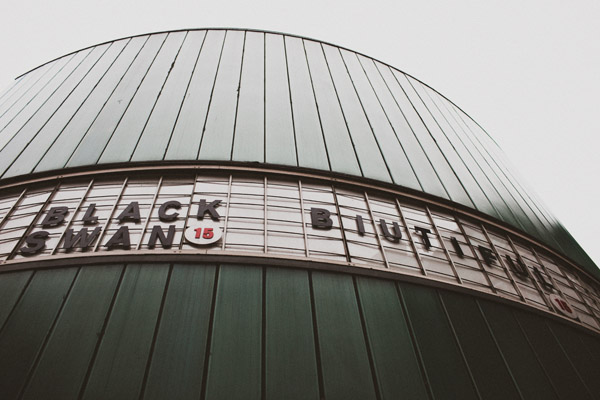 I will never get tired of tickling Joe.

My favourite place in the whole world. I did a few of these self-portraits with Joe today.

While I was away in Birmingham I got the chance to look through lots of my grandmother’s old photographs, and found lots of me and my brother Chris when we were little. It reminded me how close Chris and I have always been – he’s one of the most important people in my life – we always have a great time together and really understand each other. He’s the dude behind my website design and as well as being an amazing web designer he’s also a really talented musician – I really admire him and love how he’s always throwing himself into loads of different projects with real passion and enthusiasm. A few years ago we decided to get matching tattoos done in the same place – little handprints on our feet – a sort of sibling tag I guess! Looking at it always reminds me of the bond we have and how we’re always there for each other.

Last night I spent the night away in Birmingham and as always, today it was great to come back to my lovely home.

Just before heading back down to Birmingham today I had a special visitor – my gorgeous nephew Oliver.

Pretty self-explanatory really! I just loved all the markings, some natural, some man-made. It reminded me of hieroglyphics.

Walking the dog I came across this in a little area of public wasteland. It reminded me of being a kid myself when we’d spend hours making dens and creating our own little world in them. I love all the different things they had brought here: a picture to put on the ‘wall’, a stool, rucksack, even a little canvas to draw on, and a tyre for a swing. Out of shot there was also a feather duster, some wrapping paper and some wooden boxes, but I didn’t want to disturb it by moving things, I already felt like I was trespassing as it was.

It’s been half term for Joe this week and he’s spent it at his grandparents’ house being spoilt rotten with a week of fun. Of course it’s been lovely having lie-ins for a change, but I’ve missed him terribly and I can’t explain how wonderful it is to have him back. He’s always a really loving boy but he’s been particularly so this afternoon – this is him blowing me kisses. Love him.

Often when we walk Freddie in the park, young children tend to shout, “Look, a tiger!!!” I absolutely love his markings, I just think he’s beautiful.

On Friday night I went out to meet Will, an old friend I met travelling in India years ago and who I last saw in Thailand in 2004. After a great evening I was walking back down Portland Street and noticed these lights on the Britannia Hotel.

Today I had lunch with the lovely Debs from Belle Amour. We stuffed our faces with noodles and cheesecake and then had a little wander round the shops. As we came outside, it was beautiful blue skies.

It was just getting dark today while I was walking the dog and I loved the colour of the sky against the streetlamps.

I’ve never been able to deal with TK Maxx. I’m not crazy about shopping at the best of times, but add in rails of random clothing bedlam into the mix and you’ve lost me completely. That is, until I discovered…. the homeware section! Yes I still cannot even attempt to tackle the clothing section, but after finding this beautiful red Le Creuset teapot for an absolute steal, I’ll definitely be heading back there again.

Tonight I took a series of self-portraits…

Today I played the drums for the first time on this beautiful Slingerland vintage drum kit. I was pretty crap but I absolutely loved it and now a drum kit is high up on my wanted list…

Another iphone picture for today – I’ve been down in London seeing old friends and on Saturday night we went to Shunt, near London Bridge, one of the most unusual looking clubs I’ve ever seen. It’s in an old tobacco warehouse, and inside it is a three storey Victorian machine with see-through floors that you can wander all around. There were regular live musical and theatrical performances throughout the night, and this LCD panel was on one of the walls.

Today I couldn’t help myself buying this throw. I absolutely love fabric and am a complete sucker for any kind of material with a lovely pattern.

Walking home today I passed this railway and motorway bridge. Traffic was flying past overhead and trains flying past underneath, and this group of pigeons nestled peacefully in between the two. I love seeing these little pockets of life that usually go unnoticed.

Meet my dad. Today my dad, my stepmum and brother came round for a few hours. We’re all really close and as always it was wonderful to spend some time with them. My dad is my absolute hero and he’s just magical to be around. He’s got the most incredible lust for life, and is fascinated by everything. One of the things I love most about him is that he sees the world almost like a child does – everything is exciting, exhilarating, entertaining and spellbinding. I left him alone for 5 minutes and when I came back he was having a go on Joe’s kaleidoscope. Love him to bits.

Today I travelled down to St Albans for a shoot with the delightful Bijou Bride. One of the props she had brought along was this wonderful book. I love Rob Ryan and this book is beyond beautiful, a fairytale about love and loneliness, all told through paper cut outs. It’s completely magical – I’ve just ordered it for myself and I urge anyone who likes books, colour or art to buy it too!

Sometimes times get difficult and it’s easy to feel low…. I took this crayon picture from a Redstone diary of mine and framed it because it reminds me that you can find joy in so many things, and that you need to keep finding it, no matter what else is going on.

Today I had my first proper shoot of 2011, an engagement shoot with the monumentally lovely Miriam and Stephen. I’ll blog the shoot properly soon, but part of it was at the Cornerhouse, an amazing place run by incredibly helpful people. If you love film and/or visual arts and live in or visit Manchester, make sure you go.

Today I took Joe to Liverpool’s Unity Theatre to see Remember Remember, an interactive children’s play, performed by my brother’s friend Leila and her co-performer Emma. It was brilliant; Joe absolutely loved it and hasn’t stopped chatting about it since. It reminded me how much I love the theatre and that I should make the effort to go more often.

I spent tonight with Michelle and Debbie. The three of us have been really close friends for years, and being near to them again was one of the reasons I wanted to move back to Manchester. Although I’ve seen both of them a fair few times since I’ve moved back, tonight was the first time it’s been just the three of us on our own. It’s brilliant to be back with my beautiful, hilarious girls. For the record, Debbie doesn’t usually tuck her trousers into her socks – it was a look she rocked specially for the photograph as a treat for us all.

A bit of a stinker of a day, made infinitely better by meeting up with my new buddy Katie for drinks and laughs. First time I’ve used my iphone to take a pic for the 365 project.

Is it a man? Does he have blue eyes? Does he have a moustache? Is he wearing a hat?… Anyone who, like me, spent the majority of their childhood in the 80s will be very familiar with this inane but surprisingly addictive string of questioning. My friend Mary got Guess Who? for Joe last week, and I’m not sure who’s enjoyed playing it more, Joe or me. Joe has for the most part got the hang of it, but every so often throws in a curveball like, “Are his eyebrows sort of curly but not really curly, and one a bit higher than the other but not much higher?” or, “Does he look a bit weird?”