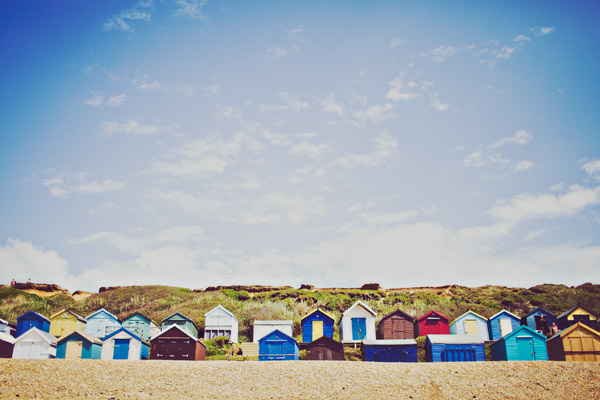 As anticipated, yesterday was absolutely exhausting!!! It was also, however, heaps of fun. I worked flat out from 9am until 9.30pm, got home for 10.30 and went straight out with friends until 5am. Joe was away with his grandparents this weekend so I got a rare chance to collapse during the day today for a little power nap between bouts of editing. I love my bed and wish we could spend more time together.

A really full-on and exhausting day today – shooting a 12 hour wedding then coming straight home, getting changed and going out to a club with friends. Good job the beautiful early morning sunlight started the day off on a good note.

No nerd is complete without a scrabble ring.

Let me introduce you to my brain. Without this I wouldn’t have the foggiest idea what I’m doing one day to the next. For years now I have always bought the Redstone Diary – they are absolutely brilliant – a different theme each year, lots of pockets (in which to stuff pointless crap in my case), lots of blank pages (for pointless scribblings and innumerable lists in my case) and lots of beautiful photographs, artwork and literature for each week of the year. Redstone Press also do loads of other beautiful books and bit and bobs – check them out.

Today I spent the day down in London with Ben, aka Mr Hudson, doing some more pictures in the studio. It was a really fun day, also spent stuffing my face with kebabs, drinking tea and eating crunchie chocolate biscuits. I even had my clapping recorded for one of the tracks so now it’s official. I am a pop star.

A while ago I was lucky enough to visit the house of one of my favourite artists ever, Heinke Jenkins. She does amazing linocuts and I spent several blissful hours rummaging through around four decades of her work. I bought some prints and have had them framed but still haven’t got round to putting them on the walls. They are definitely going up in the next week or so. Some people find this picture depressing but I think it’s just beautiful. I love how she does hands and faces.

After a fun but exhausting weekend, Joe was flat out at bedtime tonight. I love how he always pulls his legs out of the covers and pulls his knees up so his legs look like a frog’s. There are few things more pleasing in life than watching your baby sleeping peacefully.

A wonderful end to a perfect weekend with my gorgeous Joe. Joe and I spent today at the beautiful Formby beach, building the most amazing sandcastle EVER and messing around in the sea. That boy is so much fun, love him to bits. I inadvertently brought back large quantities of Formby beach back to Manchester in my turn-ups.

As promised, today I took Joe to Southport to go on the fairground rides. It was brilliant because for the first time he’s tall enough to go on some of the hairier rides so we really went for it and went on loads – seeing his face on the log flume was amazing! The flying chairs were his absolute favourite (have got to admit I love them too).

Today I was very proud of pitching my 5 man tent single-handedly in record time. It’s brand new (the old one had definitely had its day and got ditched after Glastonbury!) and has lots more living space than the old one, I love it!

This weekend I’m taking Joe away camping at the seaside near Formby just the two of us. We’re both really excited about it and today he drew me a little sketch of what he’s really looking forward to. I’ve promised him I’ll take him on some fairground rides at Southport so this is me and him next to a Big Wheel!

It’s wonderful to be back with my gorgeous boy today. Joe had his weekly swimming lesson after school and bravely jumped in on his own for the first time today so was rewarded with a rare drink of usually-vetoed pop.

Our last day in Croatia and a sad farewell to the blazing sunshine and palm trees we’ve been enjoying this weekend. It’s been an absolutely amazing weekend – my cheeks ache from laughing and my feet ache from dancing… I’m so lucky to have such lovely, funny friends and dedicate today’s picture to them. Thanks for a belter of a trip ladies!

Some graffiti round the corner from my apartment. I thought he looked like he belongs in South Park.

Today we all went on a boat party – lots of music, lots of dancing, lots of sun, lots of laughing, lots of sea and LOTS of fun. Probably one of my all-time favourite days ever. The water in Croatia is the most incredible colour. We worked out that we danced for over eight hours today – this was a break for my dancing feet!

The exhausting journey was more than worth it when we arrived in Croatia. I’ve come out here for three days with five girlfriends for a music festival in Petrcane – a brief but much needed fun and sunny break in the middle of wedding season! The amazing colour of these beautiful flowers was the first thing I noticed when we pulled up in the hazy afternoon sunshine. Heaven.

Ok, I have to hold my hands up here – technically speaking this photo was taken in the very early hours of Saturday 16th July in Piccadilly train station. I had to fly from Stansted to Croatia on Saturday morning, which meant leaving Manchester in the middle of the night, very early Saturday morning. A sensible plan would have been to get an early night Friday to be fresh for getting up so early on Saturday. But instead I made the questionable decision to stay out with friends on Friday night and go straight from the night out onto the journey to Stansted (it seemed logical at the time…) This was taken at the end of my Friday night out, sitting on my bag in Manchester Piccadilly station, wondering why the hell I had decided it was wise to get no sleep whatsoever before attempting to travel all the way across Europe. The flip side is that although it was technically Saturday, in practice, this was the end of my Friday night so I felt it was acceptable to use it as my 365!

After school today Joe was curled up on the windowsill in the living room looking out into the street and I thought he looked beautiful and serene sat silhouetted in the window with the sunlit window around him. I grabbed my camera to take a picture of him sitting peacefully, but Joe asked if I could take a picture of him jumping off the windowsill onto the couch instead. His idea for the picture is a million times better than mine was.

Today I finished reading my book, About The Author by John Colapinto, recommended by Nick Tucker when I did my book and film blog post. It was a brilliant book and, as always, I felt a bit bereft once it had finished, so I did what I always do and immediately started reading another book to fill the void! Today I started American Gods by Neil Gaiman, another recommendation (am working my way through the list!), really enjoying it so far, sounds like a really unusual book and am looking forward to unravelling it!

My friend Becky’s suggestion about looking upwards stuck in my head today and made me take this one of my washing line at sunset.

Before heading back home today we went for a walk on the beach and a paddle in the water at Milford on Sea. It’s a really lovely beach and you can see the Isle of Wight just across the water. It’s also got hundreds of little beach huts clustered along it. I really want one!

Jacks and Charlie got married today at the Mill at Gordleton. It’s an amazing venue with one of the friendliest and most helpful staff teams I’ve ever come across. The gardens are full of lots of weird and wonderful pieces of art and sculpture dotted about here and there, and even at the end of the day I’d keep noticing things tucked away in trees and fences that I’d not seen earlier. If you’re ever in the area, definitely call by and have some food there, it’s delicious.

Today I travelled down to Lymington on the gorgeous south coast to photograph a wedding. It was really nice to be a passenger on the journey for a change so I got to lay back and enjoy the view. Lymington’s a really cute little town and as always it was so lovely to be by the sea.

A couple of days ago I asked friends for some ideas for 365 pics as I felt like I was running out of inspiration a bit. My friend Becky has just had a beautiful baby boy Wilson and said she loves thinking about how much more exciting everything looks when you are looking upwards at it like Wilson does from his pram. I wanted to photograph something really mundane in the house that I pass all the time to see if it could look dramatic and new, so I chose the steps up to Joe’s bunk bed. I remember being ridiculously excited by bunk beds when I was a kid and I’m sure it’s because they just seemed so mountainous from that height.

I ordered a new external hard drive yesterday and today it arrived. Love the pattern on the top of it – simple things…

Yesterday morning my kitchen tap broke and spewed water out uncontrollably. The only way to stop it was to close off the water at the stopcock in the cellar and turn it back on again whenever I needed to use any water. It was a complete pain in the neck, I didn’t realise how often I take running water for granted throughout the day! The plumber came this morning to fix it and even though there were only problems with it for 24 hours, the novelty of having water running as usual in the house has still not worn off. I had lots of fun doing this picture but made a massive wet mess in the kitchen.

Today I had a lovely afternoon with Joe at Beech Road Festival in Chorlton. Blazing sunshine, loads of nice food, music, stalls and fairground rides. Joe’s favourite thing was a massive slide that made his hair stand on end like a dandelion. It was worth going just for the sight of this. The pic for today is of some gorgeous flowers that had been attached with wire to a tree in the park.

Today Joe decided that Freddie and Teddy needed to become better friends. As you can see they got on like a house on fire. Incidentally, today marks the passing of the half-way point of my 365 project! Am enjoying doing this so much.

Today Tom and Katie got married in Solihull – lovely people, shining sun and easily the best sweet table I have ever seen in my life. I’ve seen a fair few at various weddings but this one was absolutely spectacular – so many different kinds of sweets, beautiful bowls and jars and stunning labels. I need to find out who did it – I’ll report back! Being the kind-hearted person I am, I selflessly tested a few different sweets for Katie and Tom, just to make sure that they were as they should be…
***UPDATE*** It was put together by Hansley Beard Event Planning and Design!