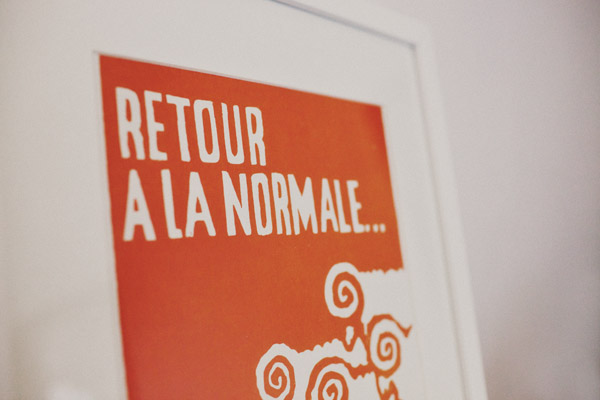 Today my friend Lex set off to the Sahara Desert to take part in the Marathon des Sables, otherwise known as ‘The Toughest Footrace on Earth’. She will run 151 miles over 6 days (more than 5.5 marathons back to back) across the Sahara Desert, 20% of the distance through sand dunes, in temperatures up to 48ºC, carrying her food, clothes, sleeping bag and medical kit on her back, preparing all her own food along the way. I am so overwhelmingly impressed and in awe of what she is doing that there was no way I could dedicate today’s 365 picture to anything else. Lex is putting her body and poor feet (the inspiration for today’s picture!) through this unimaginable endurance test in aid of Organ Donation – please do show your support for Lex here if you can. Lex you’re an absolute inspiration and I can’t wait to hear how wonderful and proud of yourself you feel after you’ve come out the other side of this life-changing experience!!!

My dad and stepmum Sue came to visit this afternoon and Joe roped them in to about a million games of chess. He’s obsessed with it at the moment and is scarily good for a 6 year old (or perhaps I am just scarily bad for a 32 year old…) Sedate, measured, strategic games like this make me realise how hasty and impulsive I can be. I need to cultivate a bit more serenity and patience!

A wonderful quotation by Henry Miller that’s kept me positive through tough times and stopped me folding inward… “Develop interest in life as you see it; in people, things, literature, music – the world is so rich, simply throbbing with rich treasures, beautiful souls and interesting people. Forget yourself.”

Inspired by the date today, a car parking space…

Today I took Joe on an easter egg hunt and we had ice creams on the way. There are few things I like better than my little boy with a grubby face.

Joe looked at this picture and said, “Ah, man! Is that how silly my bird looked?!”

An iphone pic for tonight – flaming zombie cocktails with my friends Debbie and Michelle… the night is a little hazy after this point.

Today has been absolutely glorious – warm, hazy sunshine and nature flowering all over the place. Magnolia, blossoms, crocuses (croci?!), daffs…. I really love this time of year, it’s so good for the soul.

It’s lovely to be greeted by these two when you get home.

Sometimes in life, like we all do, I come up against a door that just won’t open and know I have to unlock a new one. I sometimes find it so difficult and frightening to anticipate what’s on the other side of the door and just have to keep focusing on how much lighter it is once you’re through it than when you’re standing in front of it.

I completely LOVE Missoni prints – I’m a big fan of bold colour, gorgeous fabrics and strong patterns, so they are right up my street. Unfortunately the price tag attached to them isn’t quite as much up my street…. However, I’ve just finished redecorating my bathroom and happened upon some Missoni towels on the House of Fraser website. There was no way on earth I could even remotely afford a full set of these but I compromised by just getting two of these handtowels and plain white towels for the rest. I know I really shouldn’t get so much pleasure from bathlinen but every time I walk into my bathroom these towels make me smile. Sad but true.

While I was in my back yard I happened upon this little dude attached to the outside wall of my house – I’ve never noticed him before!

It was my first wedding of 2011 today in Liverpool and this is the bride’s wedding dress. It was absolutely beautiful and is a perfect example of how wedding dresses DON’T have to be white or traditional. This gorgeous beaded maxi dress was from Kate Moss for Topshop and she looked completely radiant.

On Sunday my friend Michelle came over for the afternoon and brought me some lillies. They are just starting to flower now and look beautiful. I love how the petals glow in the lamplight.

As a treat for writing all his birthday thank you cards after school today, Joe had a chocolate milkshake. After slurping the lot he ended up with a pretty impressive chocolate moustache. I love how austere he looks with his deadpan expression, tash and school uniform, it really made me laugh.

The bathroom is finally finished! I’m in love with the green I chose for the walls – it’s so warm and inviting.

Joe and Freddie, his “hairy brother” as he likes to call him…!

Just a mucky lorry… I liked the look of it…

Spending the afternoon today with one of my best mates Michelle and her gorgeous son, my nephew Olly, who’s taken a liking to her sunglasses.

I was lying in bed fiddling around with really slow shutter speeds and waving the camera around, and really liked the light trails coming from the light in the doorway and the ghostly effect When Chris walked in through the door.

This is one of my favourite prints in my house. Over the last year I keep thinking, if I can just get through the next couple of crazy weeks, things will get back to normal… But somehow this never happens. I knew that becoming a photographer would change my working life, but it’s changed almost every part of my life, if not all of it. I’m just about adjusting to the fact that ‘normal’ has shifted and become something new. It’s tiring but so exciting. I just need to make more time for sleep….

Today I spent the day down in Birmingham, partly for a dentist appointment, partly for Focus at the NEC, and partly for a client meeting. I had a spare hour or so between commitments and managed to visit my old next door neighbours Andrew and Laura, who became two of my closest friends while I was living there. It was so great to see them again, I really miss knowing they’re only through the wall. I took a picture of our two chimneys as a memento (I know it’s technically not my chimney any more but you know what I mean..!)

Today I had to pop over to Liverpool for a few hours. It was a glorious day with beautiful blue skies so I spent much of the day looking upwards.

Today I met up with Andy and Nicola Wardle at the Cornerhouse for lunch. I’d not met them before and can honestly say they are two of the nicest people you could meet. We whiled away a startling number of hours (I couldn’t believe the time when we left!) chatting and eating and I’m really looking forward to getting to know them better in the future, including their soon-to-born son/daughter! On the way back I decided to take a few pictures just holding my camera by my side and snapping away pretty randomly – I got a lot of random bums and arms but also got some cool shots. This is me snapping away, caught walking past a mirrored window on Whitworth Street.

Today is Joe’s 6th birthday. I just can’t believe he’s so big; I know all mums say it but it really does only feel like yesterday I was holding a tiny baby in my arms for the first time. I just can’t explain the joy he has brought me over the last six years and how much he has changed me for the better. He’s loving, hilarious, beautiful, playful, inquisitive, talkative, friendly, daft, kind, gentle and fascinating and I am so lucky to have him in my life.

Spring is here! It’s been absolutely glorious here in Manchester over the last few days – beautiful sunshine and flowers springing up all over the place. I decided to overlay a texture in this picture (TRA’s Dirty Lovin), I very rarely use them but I thought it worked really well with this particular image.

Tonight I went out for wine and tapas with my wonderful mum who was down from Scotland for the weekend – it was amazing to see her as always. Since I left home at 18 we’ve always lived pretty far apart, often in different countries, but I never feel far away from her. I took this in the taxi on my way home – I love watching all the lights and bustle of the city rushing past you late at night.

Went for a lovely walk in the park today with Joe and Freddie. Joe was very proud of his stick.

This lamp had been my grandmother’s for years, and when I admired it recently she gave it to me. I love how it throws all the incredible light patterns onto the walls.

Today I went out for dinner with my lovely friends Michelle and Emma, and we had a brilliant night eating pizza, drinking red wine and chatting away. Michelle is one of my absolute closest friends and I still haven’t got over the excitement of living just round the corner from her again after living in separate cities for the last few years. It was a bit of a hazy journey back (thanks to a few bottles of red…) but I decided to take a pic on my iphone of the pair of us on the last tram home as today’s 365 pic. A bit of a blurry, imperfect pic, but to be honest the pair of us were also a bit blurry and imperfect by that point in the night, so it’s all good…