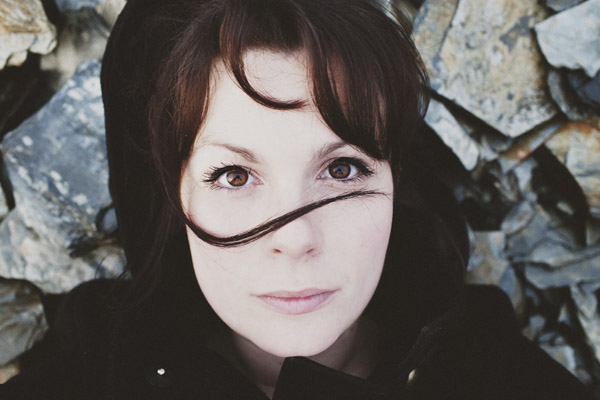 Today I spent the afternoon lounging around in the park in the glorious sunshine. It was far too heavenly an afternoon and far too ethereal light to go undocumented so I did some self-portraits while I was there, read my book and fell asleep. A lovely end to the week.

This week I bought a new hat at the bargain price of £3 from good old Primark. I think hats always photograph really well so I used it as the focus for a new set of self-portraits.

Being a mum is the most important thing in my life, and being with Joe brings me unspeakable joy. He is, and always will be, part of me and as such belongs here with me in my self-portraits.

An antidote to the sickly face of Valentine’s Day – an alternative look at how the day can feel sometimes…. intentionally depressing images but I had loads of fun doing it! Made a fun change from my usual more upbeat stuff.

Having done softer, more intimate close-ups for the last set, tonight I wanted to create much lonelier and emptier images, using more negative space and strong lines. I haven’t got round to painting my bedroom yet so at the moment it’s pretty sparse and white, which, along with the tall mirror and high ceilings, worked really well for what I wanted this time.

While I was away in Cornwall last week with the lovely Emma Case, Debs Ivelja and Joanna Brown, we stopped off to climb a gorgeous hill with an old slate mine in it. I absolutely loved the colour and texture of the slate, and wanted to use this in some photographs. Joanna, Debs and Emma were further down the hill taking some pictures in some ferns so I decided to grab some self portraits lying down with the beautiful slate in the background. It was really peaceful up there, lying down on the side of the hill, gazing out to sea, a really refreshing and memorable moment. A bit of a landmark for me too, my first self portrait looking straight at the camera without hiding behind anything (except that determined bit of stray hair that wouldn’t behave!)

I woke up this morning feeling absolutely vile, my throat hurt, my head hurt and I felt really weak and pathetic, so I decided I needed a nice hot bath to melt away the aches and pains. I felt a bit guilty having a soak in the bath in the middle of the morning when I had lots of work to do, so I made myself feel better about it by doing some pictures for my self-portrait project! I’ve just had the bathroom re-tiled and had been thinking that the lines would work well as a background so it all sort of fell into place.

Messing around with subtle light sources in a darkened room last night for yesterday’s 365 project image of Chris on the sofa gave me the idea for today’s self-portrait.

Image 3: The Growl (or as my friend Nick put it, “You look like a deranged ’60s Warhol starlet who’s just discovered highballs, purple hearts and Photobooth”)

Image 4: The Yank (to try to inject a bit more genuine expression into the shoot I yanked my ponytail as hard as I could just before the shutter fired. Yes it did hurt and no I’m not sure why I thought to do that)

The morning after my first session I was a bit disappointed as I looked back at the first two photos and thought they were a bit… well… crap to be honest with you! The second one is just a total cop out and the first one, although it did sum me up perfectly that evening, I just thought was very feeble. The whole point of this project was supposed to be to push myself and try new things, and what the hell is new about me (yet again) hiding away when a camera’s pointed at me? I do this all the bloody time! I’ve never been one to do things gently gently, I’m a bit of an all or nothing kinda girl, and I just thought, right, if I’m going to try to do this, I’m going to just go for it. I need to stop pussyfooting around the camera and being so serious about it all, and just have some fun. It’s only a piece of glass and plastic for god’s sake… and if I don’t like them then I don’t have to use them, no harm in just getting stuck in. So I decided to do another shoot last night. Chris was out at work so I felt pretty liberated to make as much of an arse of myself as I wanted as there was no-one there to watch me doing it (he would argue that him being there doesn’t usually stop me but nevertheless…) I wanted this shoot to be really bold, daft, bright and fun, as this reflects the real me as I am in everyday life, rather than the awkward, nervous Anna that usually seems to appear when I know I’m having my photo taken. As my friends will corroborate, I’m never far away from red lipstick or something with a leopard print so I figured these were the perfect things to use. I hung my leopard print coat up behind me on the wardrobe, grabbed my £2-from-a-market leopard print shades, slapped on my favourite red lipstick and basically just kept pressing the shutter and pulling ridiculous faces. No deep and meaningful slant or technical merit to this at all, and some might say (myself included) that I’m still hiding behind some sunglasses, but for me this was a huge breakthrough: I had loads of fun on my own in front of the camera and really liked the results. Yes I did feel like a complete pillock while I was doing it but after a few minutes I really stopped caring.

So there we are, the results of session 2. They gave me the confidence to commit to a proper self-portrait project, where I’ll definitely post at least one new self-portrait each week. I’ll post session 3 in the next few days as per my self-inflicted rules. And after seeing myself in image 3, I’m not about to argue with myself.

This first one is ridiculously unpolished – my first attempt at a self-portrait, shot a couple of nights ago in my living room with no make-up, straggly hair and a total lack of confidence in my ability to shoot myself. I was really unnerved by how much I wanted to hide behind my hands and look away from the camera. But I thought that although in terms of technical merit it’s very shaky, I thought it perfectly summed up me as I was doing this for the first time – out of my comfort zone, raw and very rough around the edges! To ease the blow (I know I’m a wimp) I added a bonus one to start the year which is simply me (hiding) behind my current favourite 35mm lens.

I started doing this as a bit of a tentative off-shoot of the 365 project I’m doing this year, initially intending it to be supplementary to this, adding just one self-portrait each month of the year. However, I decided today to bite the bullet, separate them and do a proper standalone self-portrait project, adding at least one new image a week. As I explained in the 365 project post, self-portraits are something that are both completely new to me and also very uncomfortable for me. The 365 project is definitely challenging for me in terms of finding the time and the creative juice to get ideas for a new picture each day, but it’s all very enjoyable and familiar, taking pictures of ‘other things’. I wanted to throw myself into the self-portrait project properly as this is something that is completely unfamiliar, something I have no idea whether I’m good at, and which makes me feel very nervous, particularly about publicly sharing the results. I’m very unused to being on the other side of the camera, I have never been photographed professionally (we didn’t even have a wedding photographer… yes I know…!) and even in social situations, although I’m a really outgoing person, there’s nothing more guaranteed to make me shrink and hide than pointing a camera in my direction.