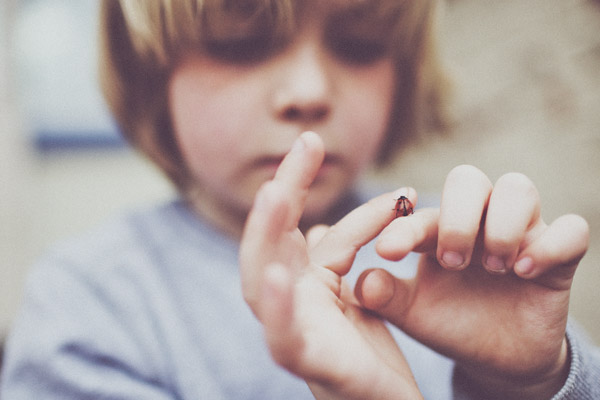 Today I travelled to Oxfordshire for my last wedding of the season. The B&B I stayed in was right in the middle of Burton Dassett Country Park and the views were absolutely breathtaking. At sunset I walked out to the top of a hill and took this picture. I’ve been unsuccessfully trying to find out what these vantage point metal maps are actually called, I love the look and feel of them and they must be so much fun to etch.

I’ve mentioned before that I am a complete book nerd (see book & film blog post here). My friend Becky recently set up a book club on facebook, which I’m SO excited about. I’ve never been part of a book club before and it’s great doing it on facebook as you can still do it with friends who don’t live nearby as well. This is the first book we chose (facebook has a voting function built in which is perfect for picking our books!) and I just finished it today. I’m now about to start reading Jamrach’s Menagerie by Carol Birch which looks amazing.

Yesterday I travelled down to deepest Sussex to spend a few days with my girls Joanna, Debs and Emma in Jo’s beautiful cottage in the countryside. Today we went exploring antique shops in Arundel and came upon this incredible little find, Arundel Photographica, a room full from floor to ceiling with vintage cameras. The guy pictured had an absolutely amazing breadth of knowledge and could tell you in detail about every single camera in the shop (no mean feat!) He was such a lovely man and bursted with passion for cameras, I loved chatting to him. This is him seeing what was on an old film he had found – it turned out to be whippet racing! We ended up spending several hours in here and I came back with 8 cameras…

This dude has been living in my back yard for weeks, between the dustbin and the outhouse door. He is absolutely massive and completely beautiful.

A lazy day at home today with Joe, who wanted to have a moustache drawn on him. We settled on a Poirot type number which I think suited him very well.

Freddie in his favourite meadows. He always has an enormous grin on his face here, but he really doesn’t like having his picture taken and as a result unfortunately looks faintly disturbed in this photograph. Today he went crazy sniffing everywhere, I think the change in season and the damp must have brought a whole raft of new things for him to smell.

Red leaves are my favourite thing about the start of autumn.

Another iphone picture today – the most incredible sunset in Urmston.

Strange child that he is, one of Joe’s favourite ever foods is a BMT Subway sandwich. Today I treated him to one.

I did a bump shoot today with my friend Mary, who is due to give birth in only a few weeks’ time. We did the shoot partly in Salford and partly in Trafford, but like complete pillocks managed to get stuck in the football traffic as United were playing at home. It took us almost 2 hours to drive less than 2 miles but it did mean we got chance to have a good old gossip in the car. Mary has one of the cutest bumps I’ve ever seen, really looking forward to editing these pics and it was great to photograph something a bit different in the middle of wedding season.

The gorgeous Miriam and Stephen got hitched today in beautiful Lancashire. It was such a shame as it poured down relentlessly all day. Luckily they are such a sunny couple that it really didn’t matter. An amazing day at work.

I bought Joe this canvas to put on the wall in his room but once I got it home I really wanted to keep it for myself to put in the dining room. I toyed with the idea but when Joe saw it and practically wet himself with excitement I just couldn’t do it. Now on the lookout for a cool cartoon print for myself.

A self portrait today – suddenly it’s gone absolutely freezing and today was the first time I’ve had to wear a woolly hat since last winter.

This morning I got my piano tuned. I absolutely love looking at the inside of it, so beautiful. I hadn’t realised quite how horribly out of tune it had become until I played it today sounding like it should sound. I spent a blissful couple of hours with it this afternoon.

Grey and grim skies today but I’ve always loved red and grey together.

A terrible quality picture today I’m afraid courtesy of my iphone… Tonight I went to see Scott Matthews play at Band on the Wall with my friend Mary. He was brilliant and such a likeable person.

I love these feathery plants in Urmston meadows.

Today Alice and David got hitched in Devon. One of the things I love about weddings is that there are few other places you’ll see knights busting some disco moves.

I had to take Freddie to kennels for a couple of days today as I’m away this weekend shooting a wedding in Devon. He wasn’t too impressed.

A sign near my house. I’ve walked past it hundreds of times but only noticed it today hidden in the fence.

I got a visit today from my friend Michelle and her beautiful little boy Oliver. Olly loves playing the piano and sat there plonking away, laughing hysterically and bouncing up and down on the piano stool. Whenever I tried to take a picture of him he’d turn round and shout ‘CHEESE!!!’

A walk in the park in Chorlton today brought me this bizarre sight. Someone had spent a huge amount of time tying dozens of Tesco carrier bags into the branches of a huge tree. They stretched about 30 or 40 feet up the tree so whoever did it must have also done a fair bit of impressive tree climbing. Not sure I’m entirely enamoured of the final effect but it brightened up my walk and I like that someone found it in themselves to get excited about carrier bags.

The arrival of autumn meant that I turned my thoughts to a new hat for Joe. This deerstalker is actually mine but I think he looks so much better in it than me so it now belongs to him.

I absolutely LOVE Autumn. As much as summer is brilliant, I find this time of year really atmospheric, beautiful and exciting. This week I’ve just started noticing that the air smells different and some leaves are turning orange. This autumn is going to be a good one.

Today’s wedding was pretty epic, and one of my favourite parts of the day was the set by the incredible Bikini Beach Band. If you ever get a chance to see or book them then do it, you won’t be disappointed.

I seem to live in my car at the moment and if there was a loyalty card for service station food I would have racked up a fair amount of credit. Today it was a huge drive down to Somerset for a wedding tomorrow.

Droplets of water on my washing line at night.