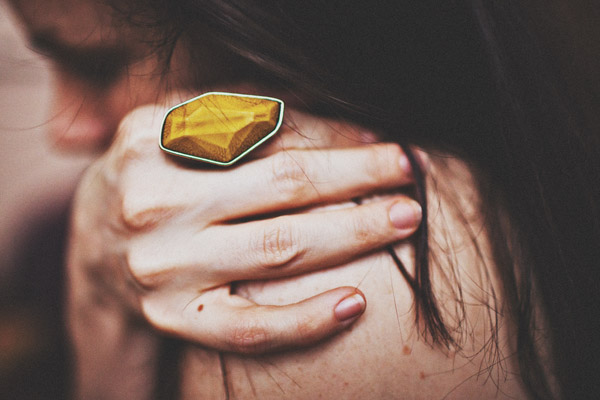 Un-du-late: To have a wave-like appearance or form

A bit nerve-wracking to do this one – my first nude! It was nice to be able to incorporate my new rib tattoo – making sure that 12 hours of pain wasn’t for nothing!

This one was loads of fun to do. ‘Spacedust’ immediately made me think of glitter so I grabbed a big tube of gold glitter out of Joe’s art and craft box, smothered my face in moisturiser to make my face a bit sticky and then coated my whole face in glitter (have always wanted to do this!) Once I’d taken the photo, I then selected the bottom half of the image (my cheek and nose) where there are no features, just glitter, copied this and laid it as a new layer over the original photo, increasing the size so it covered the whole image, then adjusted the opacity so that the original image showed through and the opaque glittery layer acted as a dusty texture over the top. It took me days to fully get rid of all the glitter!

Initially I wanted to use the spokes of a bike to make some sort of pattern but after a few unsuccessful attempts I had to give up on that idea as it just didn’t work (or at least I couldn’t get it to work!) In the end I decided to take inspiration from the movement of a bike’s wheels going round and round, set my camera on a long exposure (approx 1.5 seconds) and quickly rotated the camera around 360 degrees in front of me, leaving it still in front of me for a little longer to make the upright version of my face show through a little more. It produced some really strange colours and swirls – none of these are photoshopped, it was all created in-camera. All I really needed to do in post-processing was to increase the clarity in Lightroom to bring out my features a little sharper, and to use the Burn tool in Photoshop to emphasise my eyes. I really like the end result, even if I do look like some kind of creepy psychotic ghost!

Right, so week 3’s word was really no easier than the first two terrors! Claire suggested the rather wonderful word ‘Whizzpop’, which, as many of you will know, comes from the legendary Roald Dahl’s The BFG (Big Friendly Giant). A wonderful word – yes. An easy self-portrait word – no. For those of you unfamiliar with ‘whizzpopping’ here is a little excerpt from The BFG where the BFG gives Sophie some frobscottle, a giant’s fizzy drink where the bubbles move downwards instead of upwards:

“With frobscottle,” Sophie said, “the bubbles in your tummy will be going downwards and that could have a far nastier result.”
“Why nasty?” asked the BFG, frowning.
“Because,” Sophie said, blushing a little, “if they go down instead of up, they’ll be coming out of somewhere else with an even louder and ruder noise.”
“A whizzpopper!” cried the BFG, beaming at her. “Us giants is making whizzpoppers all the time! Whizzpopping is a sign of happiness. It is music in our ears!” […] He removed the cork and took a tremendous gurgling swig.
“It’s glummy!” he cried. “I love it!”
For a few moments, the Big Friendly Giant stood quite still, and a look of absolute ecstasy began to spread over his long wrinkly face. Then suddenly the heavens opened and he let fly with a series of the loudest and rudest noises Sophie had ever heard in her life […] But most astonishing of all, the force of the explosions actually lifted the enormous giant clear off his feet, like a rocket.

Now, call me prudish, but I really felt there was very little I could do or would want to do to pursue in images the flatulent element of ‘whizzpopping’. But the shooting up into the air like a rocket was something I felt I could work with…. hence this week’s self-portrait. Hope you like it!

Another stinker of a word for this second week – glockenspiel??!! An image of me playing a glockenspiel wasn’t really feasible, partly because I don’t own one any more and partly because I just couldn’t think of how to make it into a particularly interesting self-portrait. So I started thinking about the different qualities of a glockenspiel and after a few dead-end trains of thought involving music and sound I finally decided to go with the shape of the keys as a starting point – the straight strips like slats with the gaps between. I had originally planned to paint strips onto my own body (god knows how this would have turned out!) but then Adam suggested thinking about light shining through the gaps, which I loved (thereby also redeeming himself after the chicken nugget suggestion last week…) So here is the end result…

Nugget??!!! Bloody nugget???!!! A tricky one to start off with, thanks Theresa haha! After a couple of hours of wondering what on earth I could do with this, and a few unhelpful suggestions from my fella (“What about one of you eating a chicken nugget?”) I ended up thinking about gold nuggets, and this ring of mine popped into my head. Thank you so much Theresa for being my first ‘boss’!

Last year I absolutely loved doing my 365 project and one thing it has made me vow to do is always to have at least one personal project running. So the end of 2011 and the arrival of 2012 meant out with the old, in with the new, and a new personal project needed to be devised.

To decide what to do, I reviewed how I felt about 2011’s 365 project, to try to work out what worked really well for me and what didn’t work so much, and came up with the following conclusions:

How this informed the new 2012 project:

Brief:
PRODUCE ONE SELF-PORTRAIT PER WEEK, EACH WORKING TO A SPECIFIC THEME SUGGESTED BY A READER

I felt that the weekly timescale is both less onerous after a year of daily photos, but also gives me time to really think each image through and produce something more polished and carefully crafted. Doing self-portraits ticks lots of boxes for me – it enables me to make up for the abandoned 2011 self-portrait project, and throws me a much greater technical challenge as they are really bloody tricky to do! It also provides a clear coherent theme throughout all the different pictures and keeps a personal and portraiture focus to the project. Getting the themes from readers also ticks lots of boxes – it makes the project more interactive – it’s always more fun to do things with other people! It removes some of the control from me and hands it over to others, making sure that I don’t get lazy. Using a different reader each week injects lots of variety to the project and having a specific theme to work to makes each image conceptual rather than documentary and gives me a clear focus.

When I asked for the random words from people on facebook and twitter, it was to get the year’s themes! I didn’t want to say what it was for as I thought this might influence people’s choice of words, making them think of outcomes rather than starting points. I also thought it would be more challenging for me this way as I knew I would get lots of really obscure and tricky words rather than typical ‘theme’ words which might have been suggested if people had know what they were for. Looking at the weird and wonderful words suggested I’m now wondering if this was a good idea haha! I took every single one down (other than having to censor Pete Smyth‘s filthy suggestion, no surprises there!) and will work through them strictly in the order they were suggested, choosing just one word from each reader where more than one were given, so that each week is directed by someone different. This produced 49 words, and for the last 3 I chose my favourites from the extras that people had submitted. Thank you so much everyone who chipped in, I really appreciate you helping me to get the project off the ground!

So, without further ado… the first image of project Self-Portrait 52……