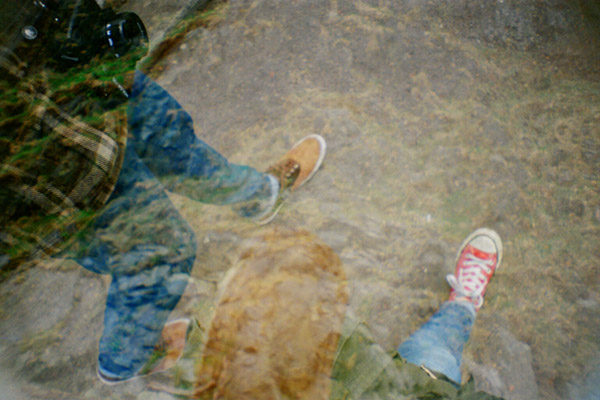 I love digital photography. My first ‘proper’ camera was a film SLR and that was what I learned on and what I fell in love with photography using. But as soon as I was able to afford a digital SLR I switched to digital and never looked back. I love digital photography for so many reasons, particularly its flexibility and how easy and convenient it is to be creative with your pictures, whether that’s in camera or in post-processing. You can try however many new things you like, however many times you like, and it doesn’t matter if you mess it up because you can just keep retrying and retrying until you get to grips with it without worrying about bankrupting yourself on film. You can then work on your pictures on your computer, getting them to look exactly as you want them, adding or removing elements you feel will enhance the image, using any of the myriad of different techniques and software available.

Whilst I’ve been happily trundling along in this love affair with digital photography, I’ve always been aware that many of my good friends and colleagues are having similar love affairs with film photography, particularly lomography. I think in retrospect there’s always been part of me that has been afraid to ‘jump on the bandwagon’ or tread on other people’s toes, and so I’ve always stayed away from it, saying that’s just something I don’t do, and sticking to my own little arena in the digital world. But before Christmas I was going through my old film prints from when I went backpacking, and something in my belly got a little bit excited, more than it had done for a while – I remembered the excitement of waiting for the photos to be developed, wondering what they would be like, and how taking photos then was a leisurely, slow, thoughtful activity, not the frenzied shutter-hammering that tends to happen with a digital camera. Most of all, I remembered how much FUN it was and how I could do with a bit more fun in my photography at the moment – like any job, it’s easy for something to become stale when you do it all the time. Then I thought, oh sod it, there’s absolutely no reason I can’t have a go and have some fun with it too, stop being silly and get stuck in!

So, for Christmas I got some lomo cameras – a Sardina, a Holga and a Diana. Opening them I felt like a five year old at Christmas again. When Adam and I took a little trip up to Edinburgh for a few days in February, I decided to leave my digital camera at home and only take the three lomo cameras with one film for each. I used the Sardina and the Diana, and Adam had the Holga. It was genuinely the most fun I’ve had with a camera for some time – it felt so nice to have such a playful approach to taking photos, rather than lugging round a serious piece of equipment like I do when I bring my digital camera. I also LOVED trying the double exposures – this is something I’d never even once tried before. When the photos arrived back from the lab this morning I was actually squealing with excitement as I was opening the envelope. And I don’t even have to edit them!!! Winner!!! After years of trying to achieve a ‘perfect’ image with the digital camera it’s also SO refreshing to take photos where I actually feel that the imperfections (particularly with the Diana) really give the photo its charm…

These are my first ever attempts on a lomo camera so they are a little shaky but I wanted to share some of my favourites with you. Such a lovely trip and all the better for bringing along my 3 new little buddies!

First up here are some with the Sardina – I’ve always loved wide lenses and I’ve totally fallen in love with this camera. Plus it’s the prettiest little thing ever!

Here are some taken with the Diana – I definitely need to get the hang of this a little more I think!

I thought I’d include some of Adam’s photos too as he took some lovely ones on the Holga – it appears he got a little obsessed with the double exposure too! Here are some of his…

There’s absolutely no way I’ll be giving up on digital photography – for all the reasons I said before, I absolutely love it. But I know now I can have a whole lot of fun with these little dudes at the same time.